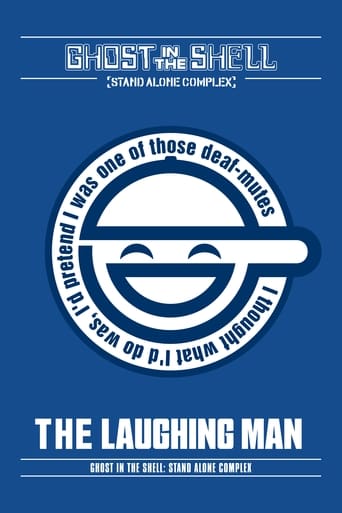 Ghost in the Shell: Stand Alone Complex - The Laughing Man (2005)

Ghost in the Shell: Stand Alone Complex - The Laughing Man is a film released on 2005 and directed by Kenji Kamiyama, with the duration of 160 minutes in languages 日本語 with a budget of and with an IMDB score of 7.8 and with the actors Maaya Sakamoto Jouji Nakata Akio Otsuka . The year is 2030 and six years have passed since a criminal known only as "The Laughing Man" swept through top medical nanotechnology firms committing acts of cyber-terrorism, kidnapping, and espionage leaving no known suspects. New information is revealed, as Section 9 enters the hunt for a suspect capable of unfathomable actions in this compilation of Stand Alone Complex content.