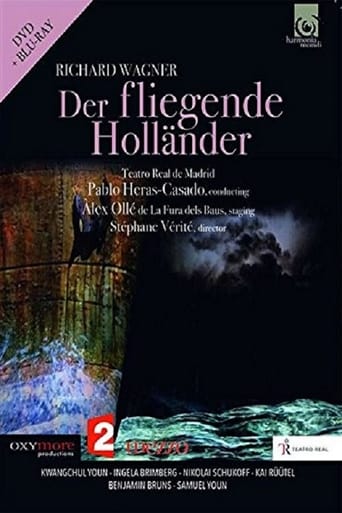 The Flying Dutchman: Teatro Real Madrid is a film released on 2018 and directed by Àlex Ollé, with the duration of 144 minutes in languages Deutsch with a budget of and with an IMDB score of 0.0 and with the actors Kwangchul Youn Kai Rüütel Nikolai Schukoff . Spectacular! Opera in three acts. Filmed at a series of outstanding performances at the Teatro Real de Madrid in December 2016, this recording will especially delight lovers of Wagnerian music drama with its faithful reflection of the grandiose staging of Alex Olle, a member of La Fura dels Baus, whose earlier productions have attracted widespread attention. A conductor equally at home in Monteverdi, Boulez, Praetorius and Schumann, Pablo Heras-Casado can rely on a cast totally committed to this breathtaking musical hurricane!